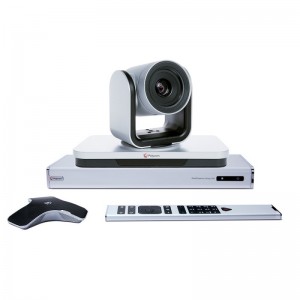 7 THINGS TO ASK FOR IN A MICROSOFT TEAMS PHONE

Many IP PBX customers we speak to are looking into replacing their aging phone systems and phones, or migrating existing phones from Skype for Business to native Microsoft Teams experience. With so many options available, we wanted to lay out the important features that IT decision makers should look for in a Microsoft Teams phone. ... detail

Imagine having a classroom that has the capability to instantly connect with an expert to answer a student’s question. Or to invite guest speakers to give a talk without the hassle and expense of travel. Or to take the class on a field trip without ever leaving the room.... ... detail

“Best of both worlds” is the phrase we often hear when people use Poly devices with Zoom cloud-based video conferencing. Now, Zoom has certified Poly Studio, the premium USB video bar for huddle rooms... ... detail

Polycom Trio 8500 takes the ordinary conference call experience to the next level. Getting conference calls started should not be hard, frustrating or time-consuming. Now with Polycom Trio 8500 in a Skype for Business environment, they wont be anymore. Easily start calls on time, every time with the same interface you already use on your Skype for Business desktop client... ... detail

Polycom RealPresence Debut is an enterprise grade video conferencing solution made simple, elegant, and affordable for huddle rooms and smaller spaces. It also delivers cost-effective collaboration for smaller organizations that are ready to move up from consumer-grade alternatives, which are great for chatting with friends but dont get the job done at work.... ... detail

As the use of digital devices increases and digitalized working becomes more and more common, multiple people in different places are working together to solve problems and make important decisions. As these tasks become more complex and difficult, collaborative meetings have become a key to success for businesses. The Interactive Digital Board (IDB) has been developed as a means of maximizing the effectiveness of such meetings, aiming to reduce spending time and costs unnecessarily. The use of IDB will be extended beyond general business meeting rooms to various places such as fashion design offices, hospitals, military command centers, and architectural offices.

Precise Touch and Detailed Writing : The screen recognizes even the smallest touch points accurately and instantly shows the response to the touch point. This kind of accuracy and granularity means that users can use IDB both as a realistic handwriting tool and for detailed complex content such as drawings.

Pen Thickness Variation : The thickness of the pen can be adapted to the user’s writing speed, even when using the passive pen. Lines or characters become bolder as the writing speed increases. This makes users feel as if they are writing on paper using their usual ballpoint pen.

Multi-touch : It allows multi-touches from 20 points (TR3E) to 40 points (TC3D) so that multiple participants can simultaneously use touch features.

Smooth Surface: As there is no need for sensors on the bezel, little or no gap space is required between the screen and bezel, allowing for more intuitive operation and a better design.

Fewer Scratches and Shatter-proof : When a user touches a screen directly, this can result in scratches on the screen or even damage to the glass. LG IDB has an advanced tempered screen coating to minimize scratches*. In addition, its anti-shatter glass is designed to minimize harm to the user, even in the event of an external shock.

Intuitive Touch : Users will find the IDB easy to use because the touchscreen feels similar to their mobile phones or tablets.

No Dead Zone : Unlike IR touch screens, the display detects touch points even at the corner or edge of the display accurately.

Open : The pre-stored files* are easy to open on the screen with a simple touch.
Palm Erase : Writers can freely take a note and easily erase it with their palm as they do when using a conventional whiteboard. *TR3E Only
Screen Capture & Storage : The written materials can be captured and automatically saved, which is useful when discussed content need to be stored by stages.

Floating Tool Bar
While using the writing function in IDB app mode, the user can place a floating toolbar anywhere on the screen by pressing and holding a touch point. Users can also drag it around using their fingertip or open and minimize it with a single tap, enabling comfortable and intuitive writing on the screen. Its special circular design helps users easily adopt and explore all features, even when trying the function for the first time.

Facilitate Efficient Collaboration Without a PC
IDB app makes it possible to collaborate without the need for a PC based on the webOS smart platform.
Also, it is a complete way to enhance collaboration efficiency during a meeting, by combining whole processes which includes file sharing, writing, and saving on LG IDB.

LG Ultra HD Technology with Ultra-high Resolution
IDB users often use the zoom-in function to view complex images such as design drawing in more detail or write on the presentation material. The UHD resolution of 86TR3E/75TC3D features 8.3 million pixels, which is 4 times that of FHD resolution, allowing users to view details without distortion, even when zooming in on the display. Moreover, the outstanding resolution of UHD vividly delivers high-quality images or video content to meeting attendees.

LG IPS Panel with Wide Viewing Angle and True Color
Attendees in the meeting room may view the display from a wide viewing angle. The LG IPS panel has a wide viewing angle that delivers clear content, no matter where attendees are in the room. Moreover, every pixel in the IPS panel truly reproduces the image colors without distorting them. The outstanding color reproduction provides excellent user experience for employees in design industries such as architecture and fashion.

Auto Signal / Touch Switching
While using the IDB, it is often necessary to connect participant’s laptops so that they can share their display with others. In such cases, time is often wasted during the meeting on adjusting the external input and touch USB on the display screen. The LG IDB is designed to connect signals from the side interface first, so that a display on laptops connected to the side is immediately shown on the IDB screen and support touch functions. The original IDB display and the touch function are restored without any separate action when the laptop is disconnected from the side interface*

Editable Assistive Touch Menu
It was difficult to use the menu with the conventional IDB with large screen of 65” or more, since the setting menu could only be called from the side of the screen. The Touch Menu is a subsidiary menu introduced to eliminate such inconvenience and improve user-friendliness. LG IDB users can run the desired function or change the setting from anywhere by softly pressing the screen to call up the Touch Menu**. Moreover, it is possible to edit the menu to include preferred apps.

Eye Care Support
LG IDB has several eye care features to prevent participants' eyes from growing tired during prolonged meetings. Reader mode decreases blue light, a cause of eye strain, by 70%, improving the comfort of those who are viewing the screen for a long time. Also the anti- glare coating on the screen reduces reflection for better visibility. And brightness is automatically adjusted according to ambient light of the surrounding to reduce eye strain.

High Compatibility
Compatibility is critical in meeting room environments that work with multiple devices. Especially LG IDB is compatible with AV control systems, with which users can easily manage, monitor and control LG displays from one location. Also it allows video conferencing to be held reliably, as it supports connections with VCS solutions. 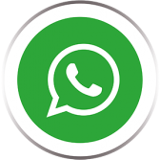